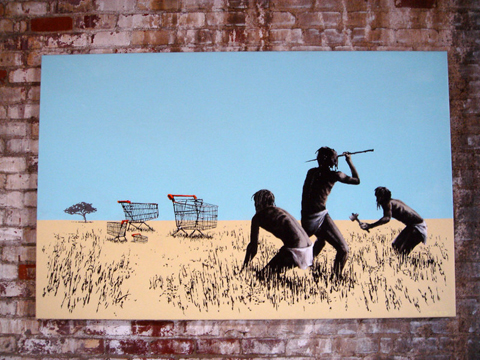 Barely four years after the publication of Darwin’s On the Origin of Species, the Victorian novelist Samuel Butler was calling for a theory of evolution for machines. Since then, a few hardy souls have attempted to oblige him, but none has quite hit the mark. Their reasoning, very much Ã  la Darwin, is that any given technology has many designers with different ideas – which produces many variations. Of these variations, some are selected for their superior performance and pass on their small differences to future designs. The steady accumulation of such differences gives rise to novel technologies and the result is evolution.

The history of technology is not one of more-or-less independent discoveries, but an evolutionary story of related devices, methods, and capturings of phenomena. In the time of the earliest humans, we picked up phenomena lying around on nature’s floor. Certain fibres possess strength and flexibility? Binding materials. Friction creates heat? Fire. Fire allows the smelting of metals? Metal tools. Combinations of braided fibres and metal cutting-heads make axes. Combinations of levers, ropes and toothed gears make possible grain milling, irrigation and building construction.

In more modern times, chemical and electrical phenomena yield myriads of technological elements, and combinations of these have given us industrial chemistry, the telephone, radio, the computer and the internet. In just a few millennia, with repeated capturings and repeated combinations, the few have become many and the simple have become complex. We have progressed from grinding stones to iPhones.

So what would a theory of evolution for technology look like?

Read the whole article, Evolution 2.0: On the origin of technologies, @ NewScientist.com

via psychological illusionist Derren Brown’s crew blog. Which is well worth checking out for robust commentary & conversation on all things perceived, if you’re into that sort of scene.