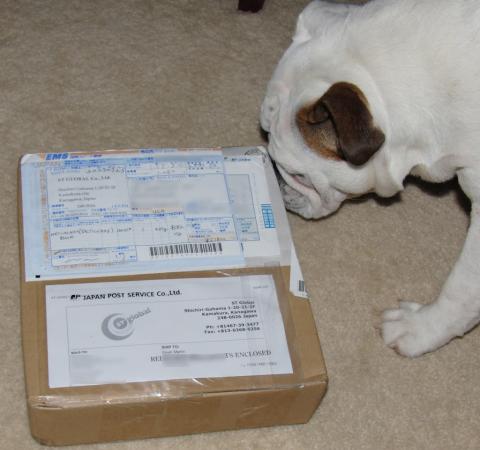 I’d been looking for an ultraportable Internet-ready device, some kind of netbook, for a while. Now that I haul a CPAP machine everywhere, taking my 17″ HP laptop along as well is a real hassle. Why not find something that is dramatically smaller, lightweight, has long battery life, and is generally cooler than what the other kids on the block have? Why not buy the newest hottest thing and try to get it before anyone else does? 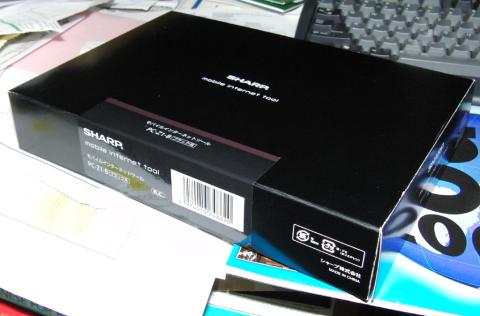 Well, it turns out there may be some good reasons “why not”. I was reading about the latest and greatest in ultraportable notebooks when I saw reference to the Sharp Netwalker, which had recently appeared at a trade show in Japan. Weighing in at 409 grams (that’s nine-tenths of a pound!), running Ubuntu Linux, and featuring a 5″ 1024×600 touchscreen, I was moderately interested. Then I got really interested when I read the rumors that it wasn’t allowed to be imported to the USA. 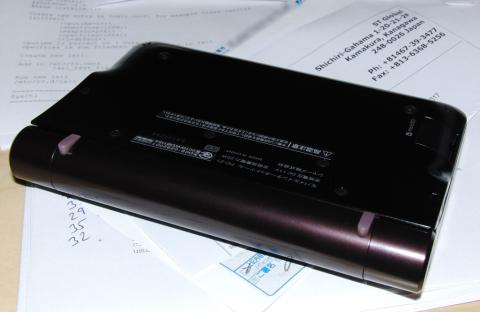 (oops, unpacked it upside down)

Well, I enjoy a challenge, so within three minutes flat, I had located a supplier and placed my order. Drat! Not available in red until mid-October (never mind the bejeweled models allegedly available in Akihabara – unfortunately I don’t have any return trips to Akihabara planned anytime soon). I settled on black, with a promised ship date of September 25, the purported official release date in Japan. And it arrived, delivered by a man driving a Subaru and, for no apparent reason, wearing a green sweater instead of a uniform, on the 29th. 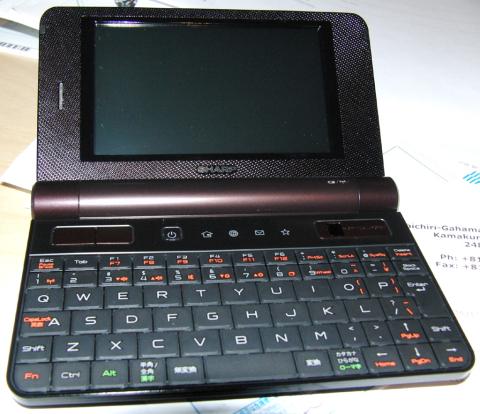 It is indeed awesomely light and portable. Without worrying about documentation, I promptly plugged it in, after being relieved to note that the power adapter would accept 50/60 Hz, 100-240 VAC. 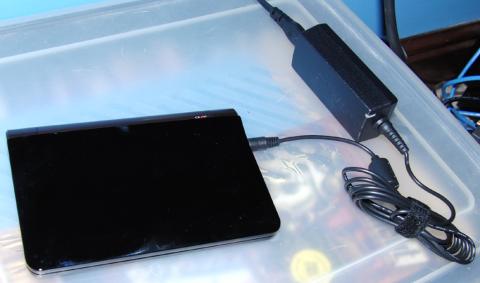 It only took a few hours to charge (the red light turned green), and then I booted it up. Aha, promising: 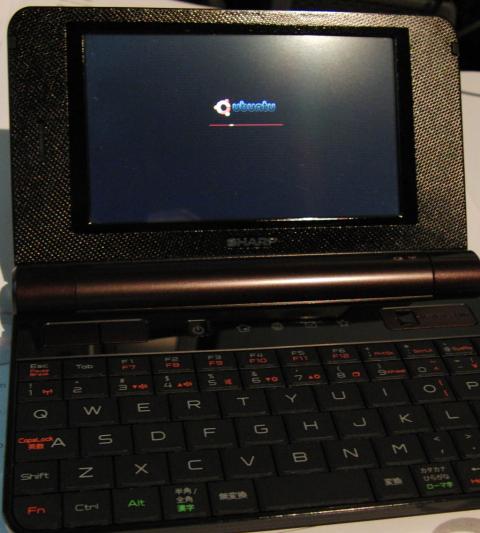 Suddenly, my severely limited knowledge of Japanese became a roadblock! 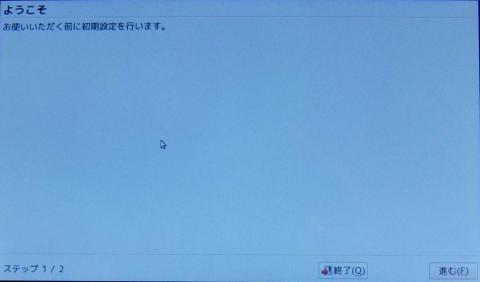 Obviously, I shouldn’t be shocked that a Japanese product arrives with documentation solely in Japanese, but this was a real slap in the face – there’s a 35-page manual, and the ONLY English sentence in the entire thing is on page 18. It says, and I quote, “This model is designed exclusively for Japan, with manuals in Japanese only.” 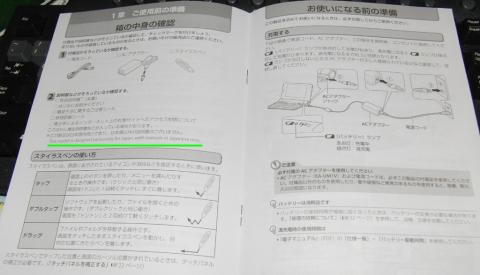 But you know what? I programmed an entire game mechanics and operating system for Tattoo Assassins using nothing but photocopied Japanese documentation, aggressive experimentation, and heavy doses of Mello Yello, so it didn’t take me long to get the Netwalker up and running: 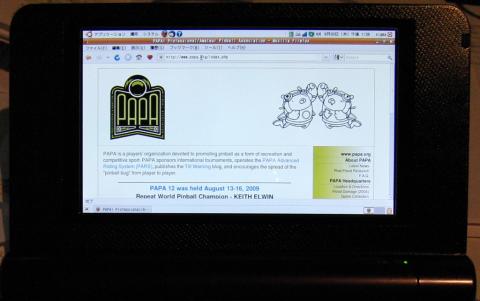 Do I like it? It’s far too early to say. The keyboard is very cramped, but I could get used to it. It really needs an external mouse, but so does my 17″ HP. I was able to get a shell and SSH effortlessly into my systems at work, so that’s a big win. Firefox seems snappy, and with 1024 pixels across, Web sites look normal, if a bit truncated vertically. It supposedly has a 10-hour battery life, and it connected to my wireless network with no trouble. What’s not to like?

Plus, I really need to get back to learning Japanese. Maybe this will help motivate me a little.

You can read more about the Netwalker here and here.