Location: somewhere near the Port of Oakland… 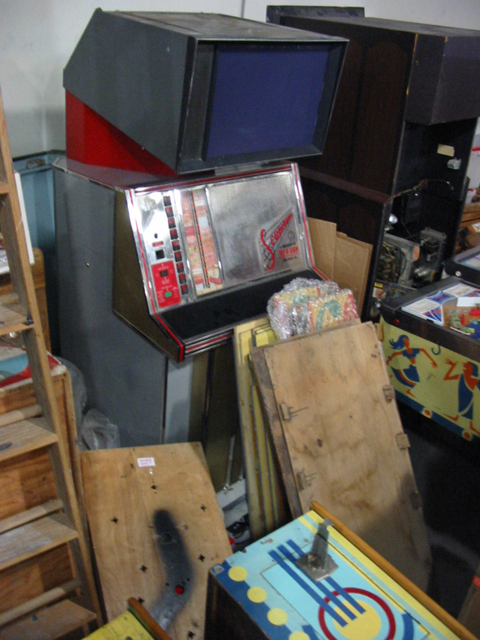 Photos taken on the spot by yours truly, background info from Wikipedia:

The Scopitone is a type of jukebox featuring a 16 mm film component. It was a forerunner of music video. The Italian Cinebox/Colorama and Color-Sonics were competing, lesser-known technologies of the time.

Based on technology developed during World War II, color 16 mm film clips with a magnetic soundtrack were designed to be shown in a specially designed jukebox. The first Scopitones were made in France, among them Serge Gainsbourg’s Le poinÃ§onneur des Lilas (filmed in 1958 in the Porte des Lilas MÃ©tro station), Johnny Hallyday’s “Noir c’est noir” (a cover of Los Bravos’ “Black Is Black”) and the “Hully Gully” showing a dance around the edge of a French swimming pool.

Scopitones spread to West Germany, where the Kessler Sisters burst out of twin steamer trunks to sing “Quando Quando” on the dim screen that surmounted the jukebox. Scopitone went on to appear in bars in England. By 1964, approximately 500 machines were installed in the USA, according to Time magazine. 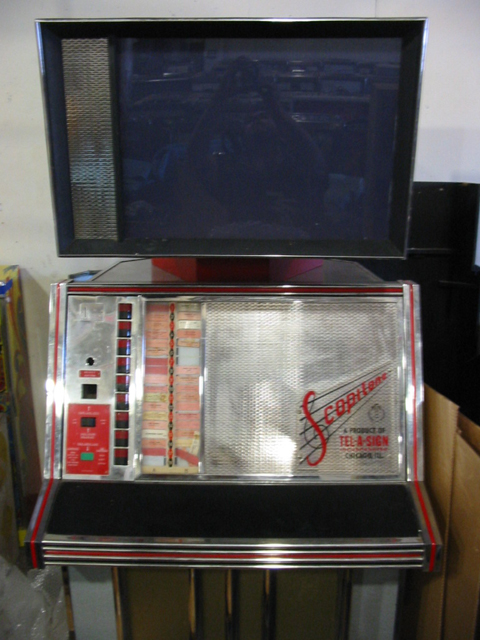 Several well-known acts of the 1960s appear in Scopitone films, ranging from The Exciters (“Tell Him”) to Procol Harum (“A Whiter Shade of Pale”). In one Scopitone recording, Dionne Warwick lay on a white shag rug with an offstage fan urging her to sing “Walk on By”. Another had Nancy Sinatra and a troupe of go-go girls shimmy to “These Boots Are Made for Walkin'”. Inspired by burlesque, blonde bombshell Joi Lansing performed “Web of Love” and “The Silencer”, and Julie London sang “Daddy” against a backdrop of strippers. The artifice of such scenes led Susan Sontag to identify Scopitone films as “part of the canon of Camp” in her 1964 essay “Notes on ‘Camp'”.

By the end of the 1960s, the popularity of the Scopitone had faded. The last film for a Scopitone was made at the end of 1978. However, in 2006 the French singer Mareva Galanter released several videos which mimic the Scopitone style. Galenta’s album UkuyÃ©yÃ© features several songs in the Frecch YÃ©-yÃ© style. She also recently hosted a weekly French television program called “Do you do you Scopitone” on the Paris PremiÃ¨re channel. 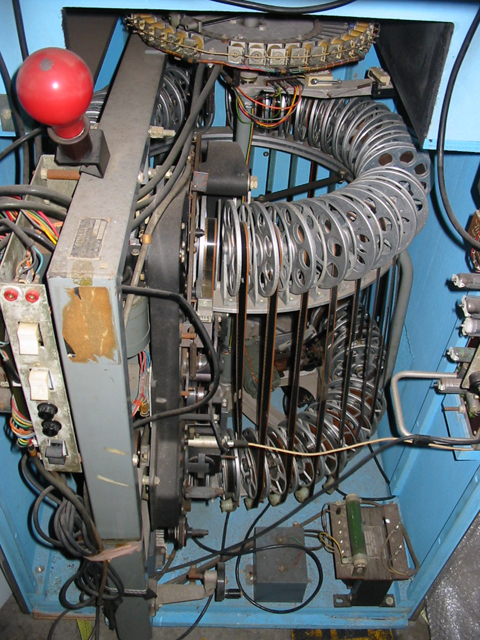