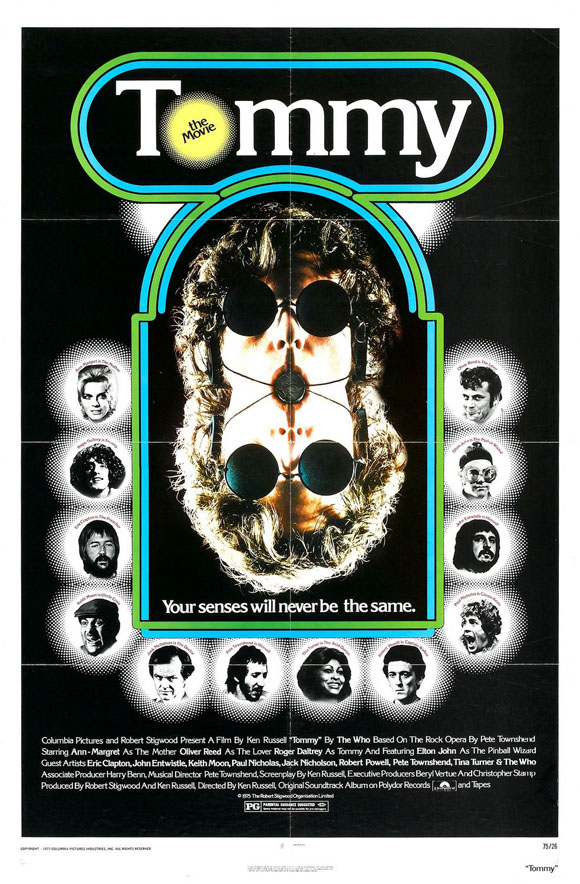 Perhaps Hollywood’s first ever rock musical, star-studded and shot in 1974 with a budget of $5mil, based on the Who’s 1969 concept album. Just look at this list of players:

–The four founding members of the Who: Roger Daltrey(vocals) as Tommy, John Entwistle(bass) himself, Keith Moon(drums) as Uncle Ernie, and Pete Townshend(guitar) himself. Townshend not only wrote the story which he and director Ken Russell(Oscar-winning Women in Love (1969), The Devils (1971), Altered States (1980)) adapted for the silver screen, but also scored the film and oversaw production of the picture’s soundtrack release. The soundtrack reached as high as #2 on the US Billboard charts and #21 in the UK.

Other notables include:
–5x Golden Globe winner Ann-Margret as Nora Walker-Hobbs
–Elton John as the reigning Champ
–Tina Turner as the Acid Queen
–Eric Clapton as the Preacher
–Jack Nicholson as the Specialist
–Oliver Reed as Frank Hobbs, Robert Powell as Captain Walker, Arthur Brown as the Priest, Ben Aris as Reverend Simpson, and Paul Nicholas as Cousin Kevin

And of course, this classic scene from the movie directly inspired the game which Bally released in September of 1975: 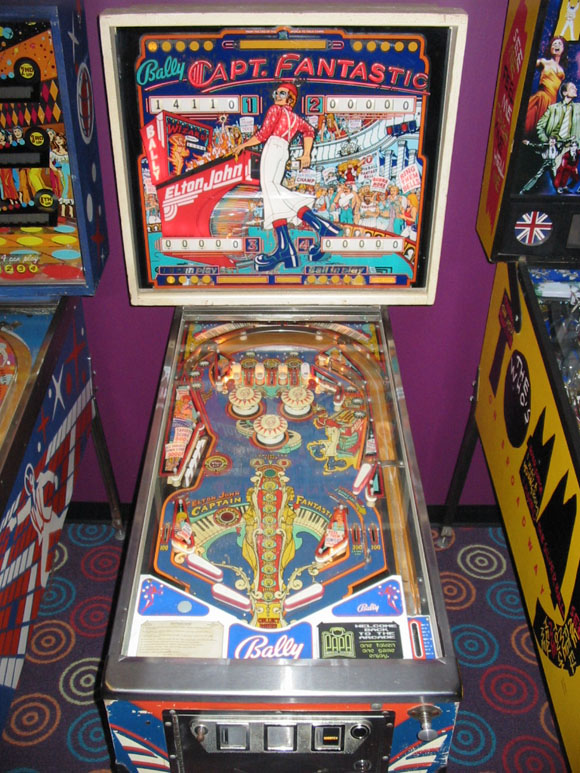