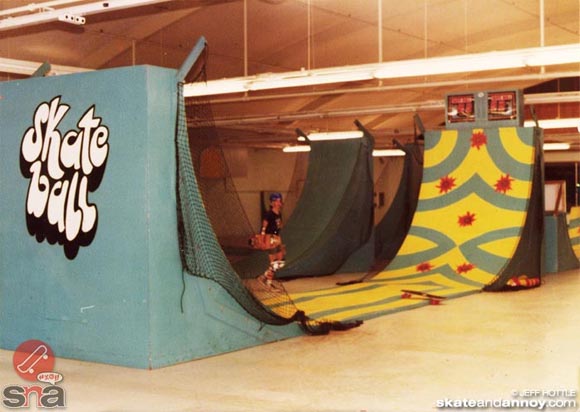 The 70€²s were a funny time in skateboarding. At times, the industry and the public at large tended to view it almost as a carnival ride or amusement park attraction. Case in point, Skateball. Skate and Annoy received a couple old pictures of a Skateball installation at the Olympic Skatepark in Crystal Lake Illinois a few years back when SnA was being updated on a very infrequent basis. Skateball was basically pinball on a halfpipe, where the skater simulated the ball. It’s one of those things you hear rumors about but don’t quite give them credit unless you actually see it. Five pictures and a little history on Skate and Annoy.