SAVE THE JOKES. BRING BACK PLUTO. 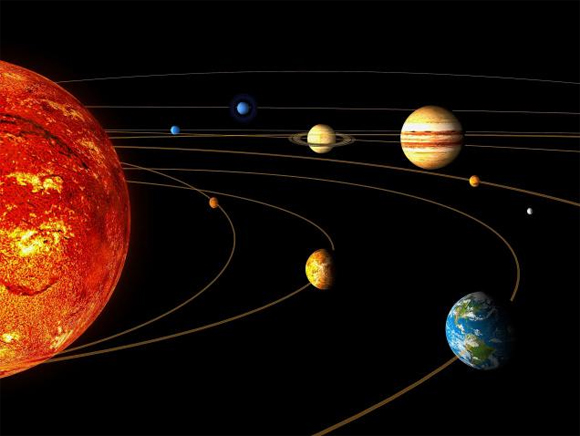 It seems that the evolution of Uranus may have been more violent than previously perceived.

A new study has suggested that the planet may have been batted back and forth between Jupiter and Saturn before being flung out to its present location.

Previous modelling[sic] has shown that Jupiter and Saturn moved out of their initial orbits in the early solar system, scattering nearby objects. In some simulations, this led to Uranus crossing the path of Saturn, which could then have flung it towards Jupiter, which lobbed it back to Saturn.

The process might have happened three times before Uranus was finally ejected beyond Saturn, to where it now resides. Hurling Uranus would have caused Jupiter and Saturn to recoil, further shifting their orbits.

New simulations led by Alessandro Morbidelli of the Cd’Azur Observatory in France suggest this pinball game, which would have lasted 100,000 years, fits with observations, the €˜New Scientist’ reported.