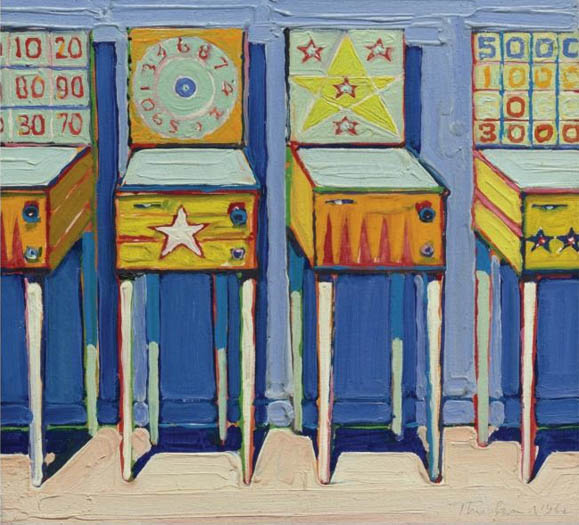 Thiebaud was among the earliest to be considered a pop artist, and was included as part of the exhibition “New Painting of Common Objects” at the Pasadena Art Museum in 1962, the first museum survey of American pop art. The eight artists showing work were: Roy Lichtenstein, Jim Dine, Andy Warhol, Phillip Hefferton, Robert Dowd, Edward Ruscha, Joe Goode, and one Wayne Thiebaud. The collection was curated by Walter Hopps, who had given Andy Warhol his first solo show at the Ferus Gallery in Los Angeles the previous year. “New Painting of Common Objects” is widely considered to be the moment pop art as a movement gained critical acceptance, and the rest, as they say, is history, happening 15minutes at a time.

Four Pinball Machines was part of gallerist Allan Stone’s personal collection, an estate which has recently begun showing up at auction in the wake of his 2006 death. The Allan Stone Gallery is the only art dealer through which Thiebaud’s work has ever been offered prior to it’s availability on the secondary market. 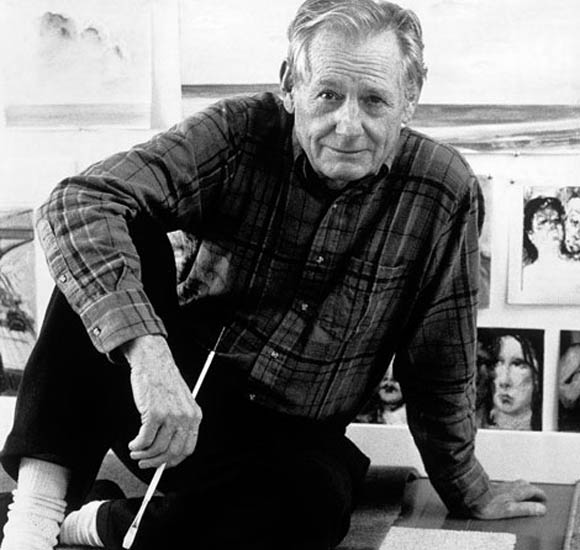